Over 25 years experience with the right mix of real estate, investment, technology, government, and community knowledge. 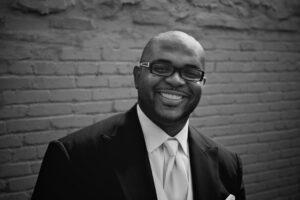 As Chief Technology Officer of Blackstar Stability, Kofi Bawuah’s core mission is to enhance the company’s unique value proposition in the marketplace with modern technology. His focus is on helping to architect and develop intellectual property for the company as well as enhance traditional real estate business models with modern digital architectures. Kofi has over 18 years of experience in the technology industry. Kofi started his career as a consultant and technical architect for industry at Verizon and Marriott International. Most recently he has worked in several roles at Microsoft Corporation over the past decade. While at Microsoft, Kofi has worked on technology infrastructures from small, medium-sized business to large-scale enterprises across all major commercial industries. He has also worked as a Business Development Manager for emerging Microsoft products and cloud services. As a Business Manager in sales excellence for Microsoft’s public sector business across federal, state and local government, healthcare, and education, he oversaw forecasting and sales of over $3 billion in software and services revenue. Kofi’s experience extends beyond technology. He has assembled and manages a personal portfolio of residential real estate investments that has been focused on revitalizing depressed neighborhoods and is a licensed contractor with the Maryland Home Improvement Council (MHIC).

Kofi holds both an MBA and MS in Information Systems from John’s Hopkins. He earned his BS degree in Computer Science from the University of Virginia and he also holds a certification in Data Science. 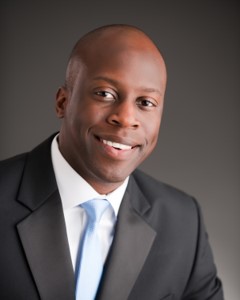 A co-founding principal of Blackstar Real Estate Partners, John Green directs firm-wide strategic planning, and leads the investment management efforts. John has over 18 years of real estate and finance experience, and has managed approximately $5 billion in commercial, multifamily residential and mixed-use properties in greater Washington, D.C.; New York City; Baltimore; San Francisco; and other major metropolitan areas within the United States. For the decade prior to founding Blackstar, he served as Managing Director for MacFarlane Partners, a San Francisco based real estate private equity firm. In that role, John led all investment and asset management activities in the East Coast markets, which included acquisitions, dispositions, and financing of property investments. He also oversaw the development process of projects undertaken by the firm and its joint-venture partners. Overall, he was responsible for managing a portfolio consisting of over 2.75 million sf of commercial space, 7,500 apartment units, 400,000 sf of retail, 1,000 hotel keys, and over 10 million sf of potential development. Prior to joining MacFarlane Partners, John worked in the real estate development group of The Community Builders; and as an investment banker at Goldman, Sachs & Co. He also managed the business development efforts at Viacom Inc.

John earned his MBA from Harvard Business School and MPA from Harvard Kennedy School. He also holds a BS degree in Systems Engineering from the University of Virginia. 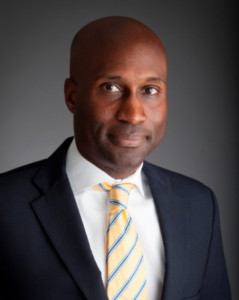 Toks has over 20 years of real estate and finance experience, managing more than $3 billion of assets on behalf of owner-operators and global investors. Toks was Vice President and head of asset management for The Wharf DC, where he was responsible for Phase I of the project, which features over 2 million square feet including hotels, office buildings, apartment buildings, retail and garage space. He was also Vice President, Investments and Asset Management for MacFarlane Partners where he oversaw a portfolio of 26 Washington D.C. area multi-family, office, hotel, and land properties valued at $1.4 billion. In this role, he managed the land acquisition, development, and disposition of a 307-unit mixed-use property. His experience also includes work as Senior Associate, Loan Modification and Asset Management for CW Capital where he led the business strategy for properties in the western U.S. and was responsible for dispositions of a five million square foot portfolio valued at $450 million. 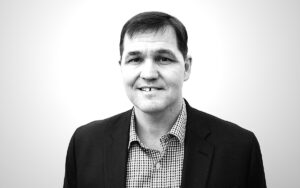 Erik was a four-term, elected City Commissioner, in Portland, OR from 1996 to 2008. In this role, he served as both policy maker and manager with executive authority over city Departments including the city’s Bureaus of Housing and Community Development, Environmental Services, Fire and Rescue, Water, Emergency Management, Energy and Cable and Franchise Management. As Housing Commissioner, he led and implemented one of the nation’s most comprehensive affordable housing agendas, which included strategies on chronic homelessness, income integration, workforce housing, homeownership for underserved communities, transit-oriented development, green building, sustainability, housing first, service enriched housing, the schools/housing connection and veterans’ housing. Erik has also been the founder and president of Further Development and Further Opportunity, two related private companies aimed at creating and executing entrepreneurial strategies to solve persistent housing problems. He also serves as a senior advisor to Strategies 360, the NW’s premier public affairs firm.

His private companies have invested $60 million on behalf of the State of Oregon and private investors to help struggling homeowners and prevent foreclosure through the purchase of distressed mortgages and homes.

Sten has a bachelor’s degree from Stanford University and is a graduate of leadership training at Harvard’s Kennedy School of Government. He served as a Distinguished Urban Fellow for the Living Cities philanthropic collective and has worked as a licensed mortgage originator and certified financial advisor representative. He was the Oregon Sierra Club’s Elected Official of the Year in 1999. 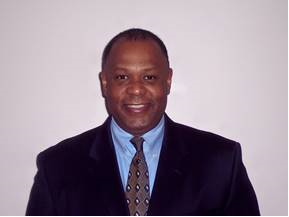 David co-founded and co-managed two successful for-profit, socially conscious consulting firms (Further 2 Development, LLC and Further Opportunity LLC) specializing in providing consumers with fair and sustainable mortgage modification strategies. As one of two managing partners, he has been directly involved in the execution of all loan purchase, loan restructuring and loan liquidation strategies that resulted in providing much needed assistance to families throughout various regions of the United States. On a combined basis, these two organizations purchased nearly $60 million in mortgages to assist struggling families with fair and sustainable restructuring strategies.

David also founded and managed a registered independent investment advisory firm (Reedwood Capital Management, LLC,”RW”) which offered investment management, financial planning as well as, sub-advisor selection and pension consulting services. As an Oregon registered advisor, RW managed approximately $5 million in individual and trust assets from 2011 to 2017. Prior to launching his business ventures, David served as Treasurer of the City Portland and City’s program director and was responsible for managing the city’s pooled investment portfolio.

David is a CFP® professional and received his Executive Certificate in Financial Planning from the University of Portland and holds a bachelor’s and master’s degree from Stanford University.